Completing game mode objectives now counts towards your pointstreak progression. For the first time ever, kills are not the only way to earn pointstreaks! For example, with a Support Strike package pointstreaks do not chain. However, streaks do not reset on death. Rewards also differ according to your strike package, so a support strike package will be more support oriented (UAV, Counter UAV, SAM turret, etc) helping your team dominate the opposition. 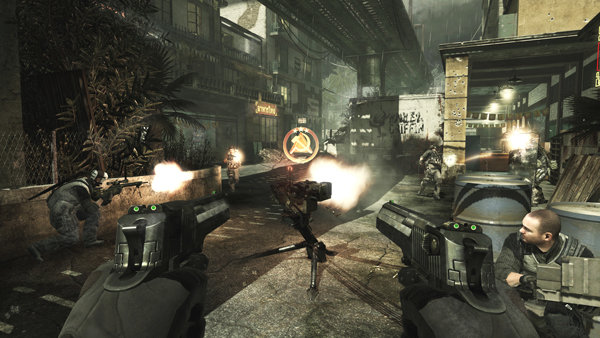 For the first time in Call of Duty weapons have their own progression system as you gain XP through the use of a weapon, you unlock attachments, camos, reticles and weapon proficiencies. Weapon proficiencies allow you to specialise your weapon in the way you choose depending on your playing style:

Community playlists also allow players to create their own game modes and share them with their friends via Call of Duty Elite. Game modes will constantly evolve as part of the MW3 season of content running from January to September on Xbox.