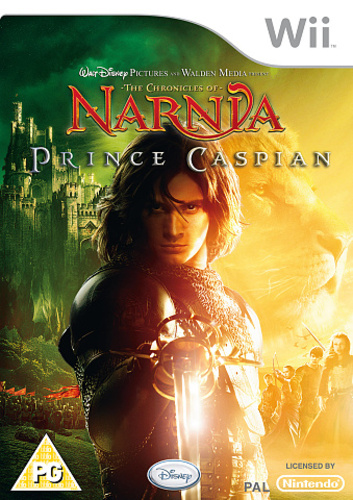 Kings, queens. Swords, sorcery. Talking lions... it was all in a day's (or year or two's) work for C.S. Lewis. With the appearance of The Chronicles of Narnia: Prince Caspian in cinemas, it's time for a new instalment to appear in interactive form on the small screen, too. So we find ourselves with Peter, Susan, Edmund and Lucy Pevensie once more whisked away to the fabled land of Narnia. While only a year has passed in the real world, however, 1,300 have flown past in Narnia. Unfortunately, the land has fallen into decay. An invading race of men, the Telmarines, has taken over and pushed the Talking Beasts out to the wilderness as the despotic king Miraz sits on the throne. The task falls to his nephew, Prince Caspian, to overthrow him and bring the Talking Beasts back in from the cold. The Pevensie children, naturally, jump in to help. It's here that you, the player, must step in to help in the battle for Narnia. With over 20 characters at your disposal, you'll battle through large scale battles, castle raids and escapes and numerous ruins, forests and caves, solving puzzles and playing mini-games as you go. Because you're travelling in a party, the game features a 'drop in/drop out' multiplayer option that allows a friend to lend a hand at any time. Sometimes even talking lions need a helping hand.