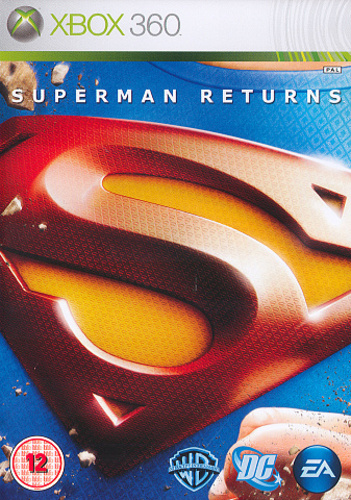 Superman, as you might have guessed, has returned. And most impressive his return looks too. Players can now take on the role of Metropolis's recently returned guardian to protect the city from a plethora of evil lurking on its streets (and, on occasion, in its skies). In the past, Superman games have been a tad on the awkward side. Not that we can put too much blame on the programmers, mind you. Making a bevy of powers that includes flight, super-strength, super-speed, heat vision, arctic breath, x-ray vision (and a bunch of others we can't be bothered to list) work and play well is no mean feat. With the release of Superman Returns on the Xbox360, however, EA finally have a platform to work with that's up to the task. Superman Returns offers 80 square metres of playable landscape for 'Supes' to get to grips with, and it's littered with all kinds of nastiness to test your powers. And making use of the powers on offer is undeniably a huge part of the experience. EA haven't skimped on the 'super' front and offer a variety of creative ways to use your abilities. Within a couple of minutes of hitting start, you're fighting fires and cooling off comets with your super-breath, then blasting meteors out of the sky with your heat vision. Further into the game, players can mix things up to find new ways to stop enemies and save lives, such as freezing a torrent of water spraying from a fire-hydrant and hurling it at the baddies with super-strength. The sheer range of what you can do with your powers is astounding. Oh, and did we mention the baddies? Well, yes. But we can't help but mention them again. Expect - amongst others - Mongul (yellow-alien-warlord-type); Bizarro (demented-Superman-clone-guy); Metallo (giant-evil-robot-thingy); and of course the nefarious (yes, that's right, nefarious) Lex Luthor to try and give you a headache.